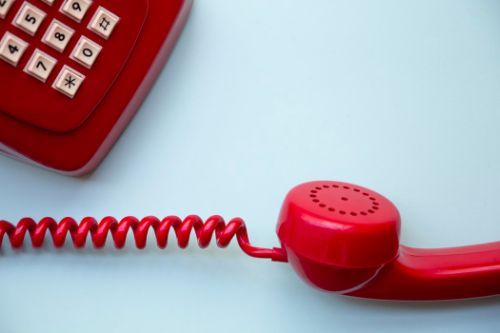 Call for Help, Inc. was started in 1970 when a group of mental health professionals, physicians, religious leaders and others recognized the need for a suicide prevention program in Madison and St. Clair counties. A study of suicide incidents in the two counties showed that no 24-hour mental health services available, and with the average of 47 suicides per year in the counties, this warranted the development of a suicide intervention program.

The initial agency name was Suicide Prevention Services reflecting the focus on suicide prevention through a 24-hour-a-day, seven-day-a-week emergency, and crisis telephone service. A consortium of two mental health associations and four outpatient clinics sponsored the agency which soon was renamed Call for Help-Suicide and Crisis Intervention Center. Call for Help was first accredited by the American Association of Suicidology in 1974.

In January 1977, the agency became incorporated as Call for Help – Suicide and Crisis Intervention Service, Inc. The Centralized Community Information and Referral Service was added in December 1977 along with rape crisis services. Call for Help’s sole funding source from 1973 to 1975 was the St. Clair County Mental Health Board; in 1976 the Illinois State Dept. of Mental Health agreed to start funding.

As the agency grew in the 1980s, the focus remained on “providing services to people in crisis.” A Women’s Crisis Center was formed in 1979 to serve abuse victims; this later spun off to become the Violence Prevention Center of Southwestern Illinois. The rape crisis services expanded in 1983 to become the Sexual Assault Victims’ Care Unit.

Call for Help’s first official location after the incorporation was 7623 (rear) West Main St. in Belleville. This site was generously leased to the agency from the Southern Illinois Builders’ Association. In 1984, the agency moved to a former school building at 500 Wilshire Drive in Belleville called the Harmony Human Service Center and subleased from Citizens for the Disabled. By 1987, the Citizens for the Disabled was experiencing financial problems and could no longer maintain its lease, and Call for Help began looking for a new site to purchase. In January 1988, Call for Help’s board negotiated the purchase of the former East St. Louis Knights of Columbus building at 9400 Lebanon Road. A capital campaign was undertaken to purchase and renovate the building. Ownership of the building was placed under the Call for Help Foundation which had been incorporated in 1984 to hold agency assets. At the same time, the Women’s Crisis Center began renovation of a building at 605 E. Main St. in Belleville which had been donated to Call for Help by Eric Weidmann, head of the military boot producer Belleville Shoe Manufacturing Co.

In 1992, the Luebben Center was constructed on the Call for Help campus to house a Youth Residential Program for youths ages 12-17 who are in crisis. The building today houses the Community Support Program which assists persons with mental illness in stabilizing their lives and returning to the community.

Recognizing the needs of homeless young women in crisis, the Transitional Living Center was established in 1998, and the Jobe Center was constructed. Also in the 1990s, additional offices for the Sexual Assault Victims’ Care Unit were opened in East St. Louis and Granite City.

The services of Call for Help today continue to reflect the most urgent needs of people in the Metro-East who face crisis in their lives due to homelessness, poverty, personal crisis or sexual assault.

This form needs Javascript to display, which your browser doesn't support. Sign up here instead